The team in China and Hong Kong loaded the first tunnelling machines for the new HKD 42 billion Central Kowloon Route project. The units were loaded with floating cranes and shore cranes in South China and will, after customs clearance, depart for Hong Kong. Once in Hong Kong, the units will be lifted by floating crane to the old Kai Tak terminal and delivered to site.

The machines will assist with the building of 3.9 KM tunnels connecting the West Kowloon, Kai Tak Development and Kowloon Bay in East Kowloon, forming a trunk route through Central Kowloon. The tunnels will provide an alternative express route to relieve the traffic congestion on the major east-west corridors and are part of improvements to the community environment in the vicinity, including providing greening and landscape, re-provisioning public facilities, preserving cultural heritage and adopting different environmental measures during the construction period. 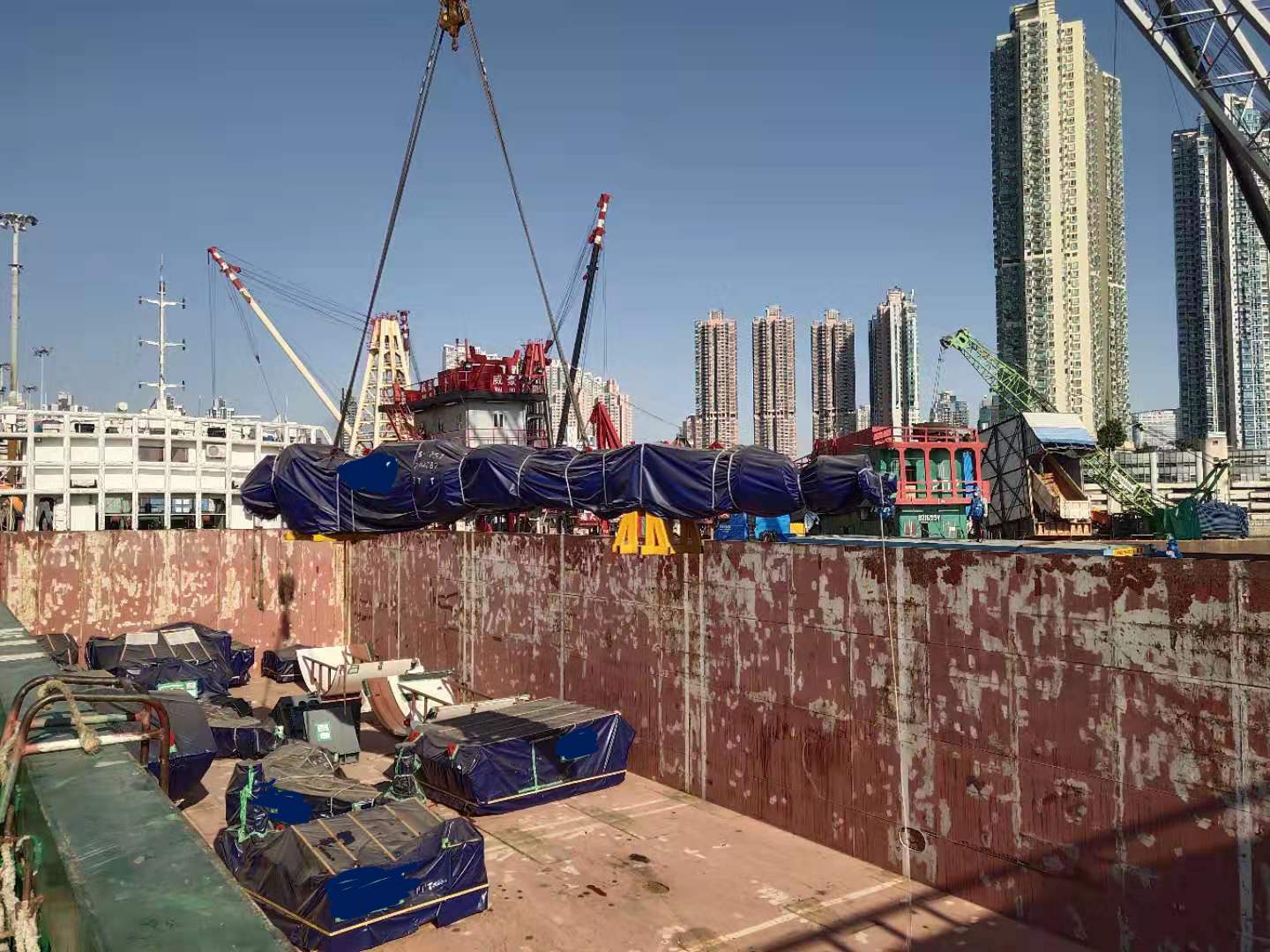