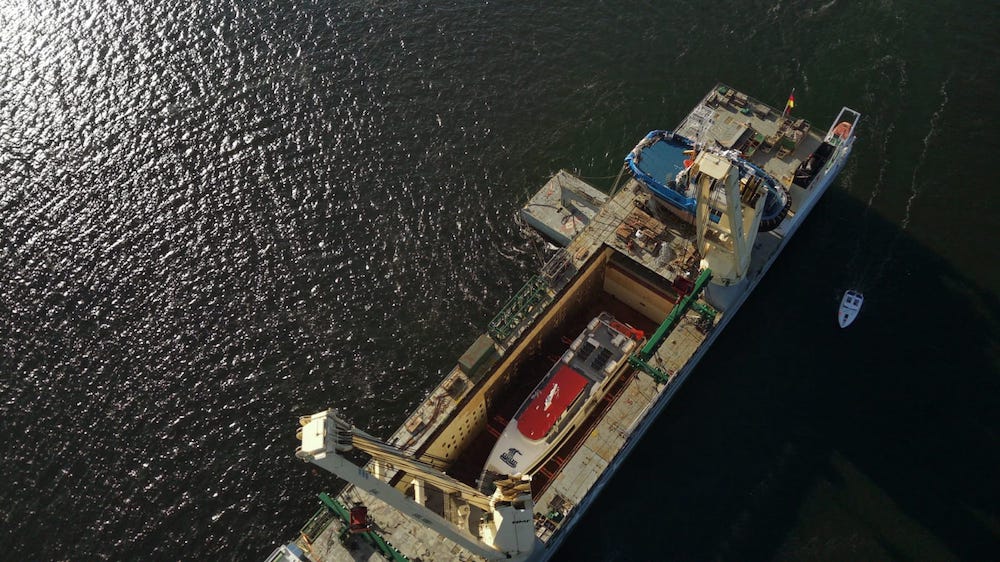 After reporting on her departure from Hong Kong over a month ago, Ireland’s largest domestic passenger ferry MV Saoirse na Farraige arrived in her new home in Galway Bay today!

The whole discharge operation took several hours, before the purpose built ferry positioned herself smoothly on the Atlantic Ocean under the watchful eye off her new owners Aran Island Ferries and the crew of the public television broadcaster RTE. We are happy to have been part of this journey and hope she will bring a much needed tourist boost for the region. 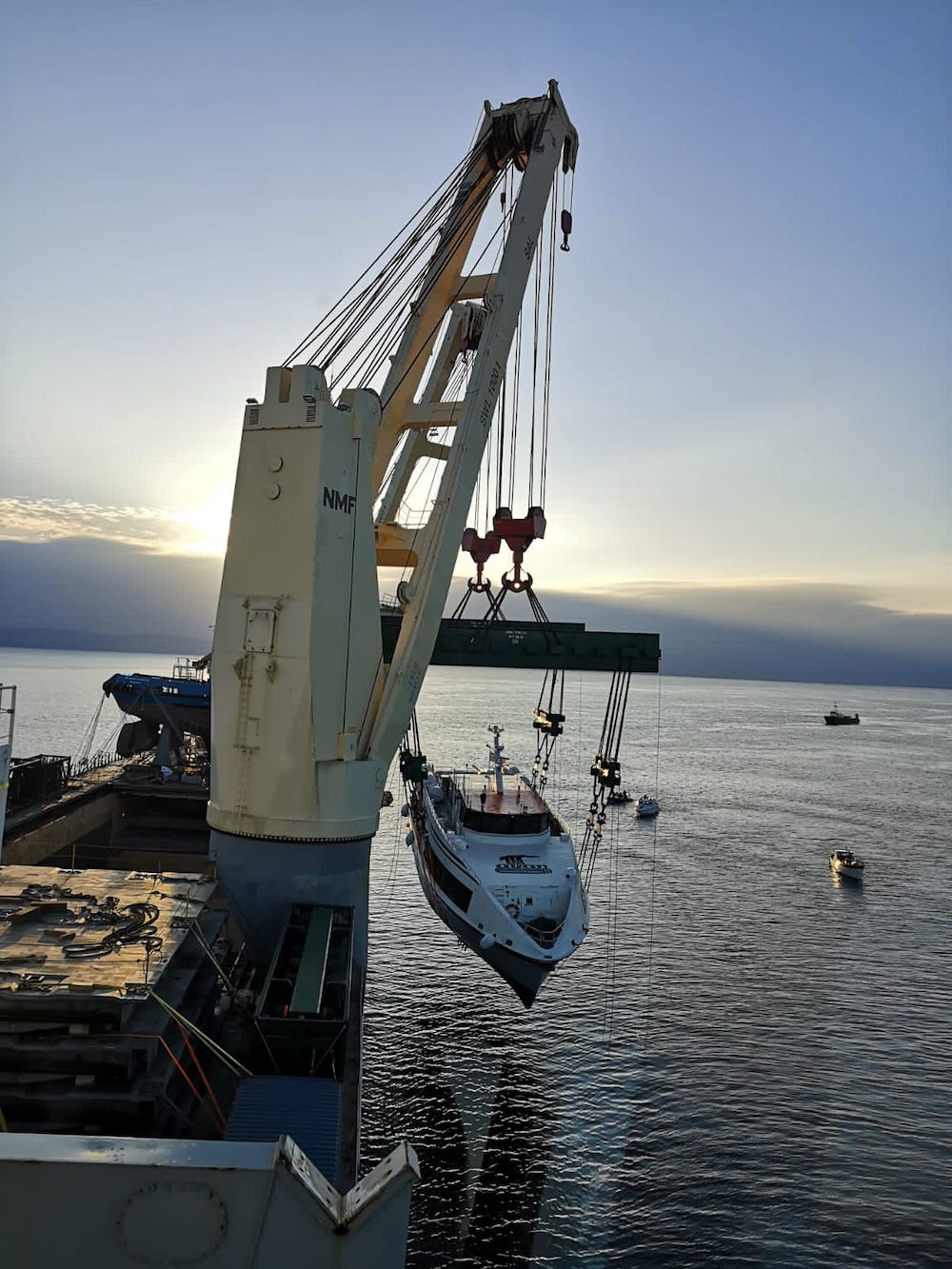 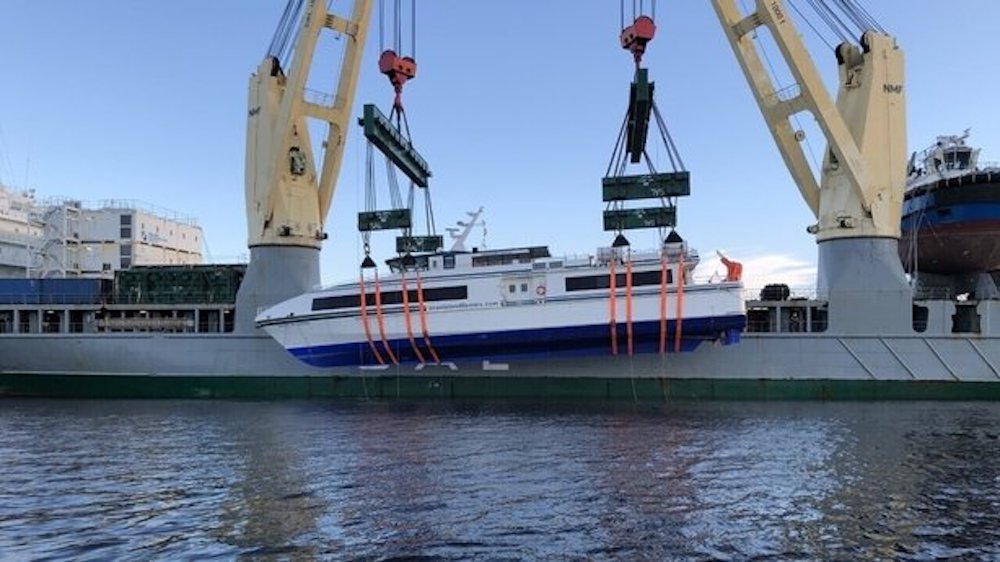